All the News(letters) that’s fit to print

An intriguing recent trend in online publishing is based on an old stand-by in the print business: newsletters. These new online newsletters are published for exactly the same reason as the old newsletters….because there’s just too much information out there and we need somebody to curate the information, squeeze it into a digestible format and send it to me where I live. Only now, we live online. 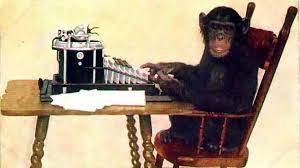 The trend started several years ago with a software/subscription service called “Substack.” Substack allowed users to create quick and dirty newsletters about anything and send them off to people who wanted to read what the authors had to say. The basic service was free. Of course, if you wanted the bells and whistles you could subscribe for a monthly fee. And best of all – with the paid version – you could start charging people to read your stuff.

Substack was supposed to be the next big thing (see Second Life, pet rocks, Pokemon Go and Theranos). Journalists and authors were flocking to the platform because, reportedly, vast sums of money could be made for struggling writers by charging subscription fees to the great unwashed and uninformed.

Then, word leaked that Substack was paying high-ish profile authors to be on the platform and promoting all the money they made….in order to draw lesser-ish authors and their monthly subscription fees. Again, not necessarily illegal but decidedly unethical.

On the plus side, I subscribe to several newsletters that are, actually, very helpful. I don’t know if they are on the Substack platform or on one of their competitors but here’s a sampling:

“Yesterday we asked: What actor used to register at hotels using the name “Lord Greystoke”?

Answer: That was Marlon Brando. Supposedly, his favorite fictional character was Tarzan, aka Greystoke.”

So, I invite you to investigate the new/old medium of newsletters at substack. You just might find something interesting.

Learn more at The 30 Second MBA
View All The Facts
The website encountered an unexpected error. Please try again later.