As we consider social distancing (or as the prescient Moe Howard of the Three Stooges said “Spread out knuckleheads!”) I am 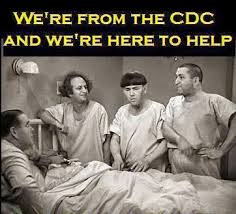 reminded of a book that we assigned to our freshman Foundations 1 classes in 2016 and 2017. The book is Station 11 by Emily St. John Mandel. The book meanders a bit but, in essence, it’s about the resilience of the human race after a global pandemic.

The book shifts back and forth from the time before the pandemic to the time after the pandemic and follows a band of actors and musicians who wander around the Great Lakes region performing Shakespeare and keeping classical music alive.

The story is reaffirming, in the end, but a real bummer at times. The virus spread quickly from Russia via airline passengers. It infected, sickened and killed 99% of the world’s population within a month. For some reason 1% of the population had a natural immunity to the virus and suffered no symptoms whatsoever.

One point of the book is to make us consider what the world would be like if most of the people in it died. The virus didn’t affect machines or technology but there was no one left to run the oil drilling platforms, the crude oil refineries, the coal mines, the nuclear power stations or the tanker trucks. No doctors or nurses. No farmers or food. No internet. No memes. The world as we know it just stopped.

Yeah, I know. This is just what you want to read about right now. But the book reaffirms our belief that the human race will go on…we will figure things out and start over. And maybe, just maybe, do things better than we did before.

So spread out, knuckleheads.