I’ve been binge-watching a show about the wild west days of personal computers and the birth of the internet…….the early to mid-eighties through the early nineties. Halt and Catch Fire, an original series on the AMC cable network beginning in 2014 is now available on Netflix. The show ran for four years and follows a motley bunch from their first success – designing and programming a portable computer that weighs less than 15 pounds – to their move to Silicon Valley where earthquakes weren’t the only thing shaking the world. The main characters are a slick talking sales/marketin 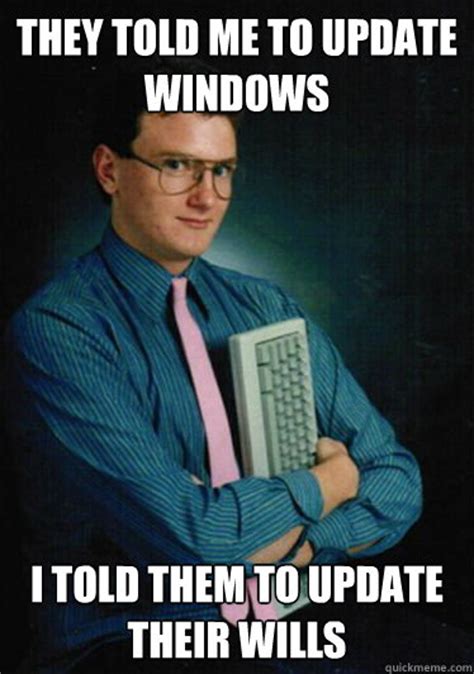 g guy and a brilliant female coder. I mention that Cameron is female because, at that time, female coders were a unicorn.

I find the show fascinating because it represents one of those all-out, damn-the-consequences, lead-follow-or-get-out-of-the-way eras that we Americans are famous for. And I witnessed it firsthand.

My brother-in-law, Kevin, was one of those people. He got hooked in high school by the legendary Joan Ramuta, who went on to found the CompSci department here at USF. In college, Kevin would shut himself up in the computer labs and not emerge for dozens of hours. First tape, then punch cards, then 5 1/4-inch floppies…Blinking green cursors, text commands. It was a mysterious world that, had I known then what I know now, I would have paid more attention to.

Like the main characters in the show, Kevin struck out on his own….then with a partner….then with actual employees. They provided software and were a local distributor of the WANG Portable Computer (yes, that’s the actual name) which, if I remember correctly weighed a lot more that 15 pounds. Kevin’s company struggled, rebounded, struggled some more, then closed completely. He then left for a job in a fledgling computer department of a large company headquartered in New York. And all of this happened in the span of about two years. That’s how fast things were moving then.

Back here at home – Joliet circa 1985 – my wife decided that we needed to get a personal computer. She was (is) a CPA and needed something to use at home. My memory is a bit hazy but I think that first PC cost us $2600 and we had to spend $7000 more to air-condition our house because PCs were highly susceptible to heat.

The one image I remember with crystal clarity is my brother-in-law, on one of his infrequent trips back home, working on our computer with the case cracked open, an overflowing ashtray balanced on the frame and an open Michelob precariously perched on the side of the desk. Not exactly a static-free clean room environment. But Kevin always amazed me with his brilliant, logical mind. He still does, to this day.

Halt and Catch Fire, by the way, refers to a supposed line of code that, when executed would stop all the computer processes at once. The “catch fire” part is a bit of computer nerd humor/hyperbole. And the show accurately, at least in my hazy recollection, represents how it was then. Nerdy guys eating nothing but pizza and pop tarts, coding all night..headstrong visionaries who can’t seem to get out of their own way sometimes…and the family members who just can’t understand that the future is happening under their noses.

This, to me, seems to be another one of those times where , if we forget our history we are doomed to repeat it.