If you have aspirations to write scripts for a media outlet, you are entering a golden age of episodic story-telling, aka, television. (Although it’s not really TV anymore, at least not in the sense that anyone before millennials knows.) But episodic stories; short-run, long-form and everything in-between and especially talented people to write them, are in great demand. 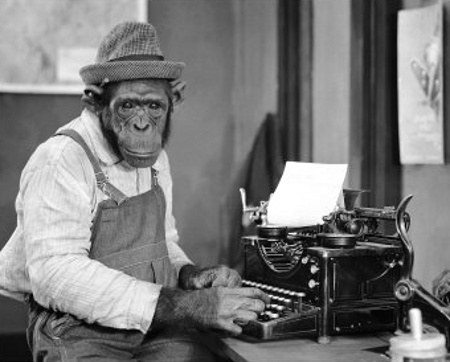 In the old days, broadcast networks had a monopoly on the creation of the content and the distribution system. If you wanted to get a show on ABC, NBC, CBS or Fox, you had to convince the network to take a chance on your script, front the money for production and then give 30 or 60 minutes out of a very limited amount of daily airtime. In order for your show to succeed, someone else’s had to fail. It was a dog-eat-dog industry. (If you are unfamiliar with the term, it’s not what you think. Here is a definition. )

Fast forward to the 20-tens. Netflix, Amazon, Google (YouTube), AOL, Hulu, Facebook, Disney, Apple, all of the huuuuge media companies are tripping over themselves to buy or produce original streaming content that will attract people to fork over between 8 and 16 dollars a month…every month. Big names like Martin Scorsese and Robert DeNiro (The Irishman) Eddie Murphy (Dolomite is my name) Sandra Bullock (Birdbox) John Krasinski (Jack Ryan) Scarlett Johansson & Adam Driver (Marriage Story) and many more are signing on to do movies and series paid for by the giant tech companies. Some stars cite streamers’ willingness to fund artsy, pet projects as the reason they forsake the silver screen. Others like the freedom of letting a story unfold over several episodes rather than one 2-hour block of time in a movie theater. And this may be the year, some movie critics predict, that a non-hollywood company will win an Oscar for best picture. Both The Irishman and Marriage Story are up for several awards, including Best Picture. Both are produced by, and available exclusively on, Netflix.

And even though it seems that the streaming/tech companies are escalating this hunt for content by throwing tons of money at it, their business model and strategy is compelling. Monthly fees guarantee a stable, dependable source of revenue. Big-name content not only draws new subscribers but helps to keep current subscribers happy. Broadcast TV shows and traditional movies are a crap shoot. All of the money is spent before the project even airs on the television or opens in a theater. If it draws an audience, it may become profitable. If not, recouping all of the expenses may not happen. Unlike traditional media, a streaming company has a cushion of monthly investors to fall back on should one of their projects flop.

This long diatribe is prelude to a simple fact: if you like to write stories (and you are half-way good at it) your chances of getting a payday are increasing nicely. The international Screenwriters Association has a website that lists all of the writing projects available at any given time from the ridiculous (Family Scripts involving Animals wanted ) to the sublime (Rom-Coms and Holiday Romances- for Low Budget- 1MM and under - to Shoot 2020).

My advice? Go for it.

“Read the course syllabus. It will answer your questions and keep you from encountering any unexpected surprises during a semester.” – Prof. Rosner

A free online editing and design tool for those who do not have Adobe CC. Apply quick-fix filters, effects or borders to photos or edit using a full tool palette. No installation necessary.

Learn more at Pixlr
View All The Facts